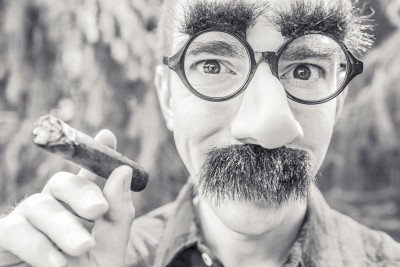 Um, really, Angie? Actors? Actors are egomaniacs! They are total narcissists! Coaches have to be able to listen, to support someone else. How could an actor make a great coach?

Listen, I’ve worked in professional theater for my whole adult life, and I know every stereotype about actors that’s out there. I know lots and lots and LOTS of actors. In fact, not only is my best friend an actor, but my husband is also an actor!  Here’s my favorite light-bulb joke: How many actors does it take to screw in a light-bulb? One. He stands still and lets the world revolve around him.

I can tease because I know the truth. Really skilled actors are the best listeners you’ll ever meet. They know that the essence of deep communication is not talking, but listening. They know how to let go of wanting to control a conversation or a moment, and they simply let it happen. This is where the magic of coaching can take place–in the unknown, unplanned space between two people.

Ignite CSP’s coaching staff is made up of people whose lives and experiences are formed in the theater. When a cast of actors and a director come together to create a play, they don’t know exactly what they are beginning. They have the script as a road-map, and each artist’s talent and craft is their own toolkit. Most importantly, though, they have each other as a highly skilled ensemble that experiments, creates, fails, and succeeds, often all in the same rehearsal. This process is deep in our bones, so when we engage with a coaching client, it comes naturally to listen, to co-create.

There’s No Such Thing as “Tips” for Better Public Speaking

Subscribe to our newsletter for tips, tactics, videos, and techniques to hone your communication skills.